Tipping these days is complicated.

I’m a big tipper myself. Partly because I spent much of my youth as a waitress and partly because I’m so bad at maths that i generally just do a big round up in the waiter’s favour.
Here’s an awesome new tumblr site, that’s quite funny.

and here’s their vibe:

﻿﻿
You can go there and upload examples of bad tips you’ve been lucky enough to recieve. Like this one: 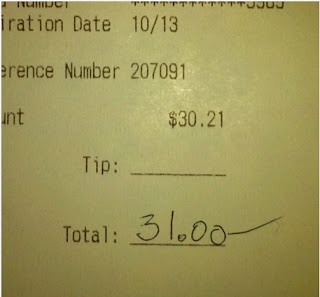 What kind of knobhead only tips 79c? 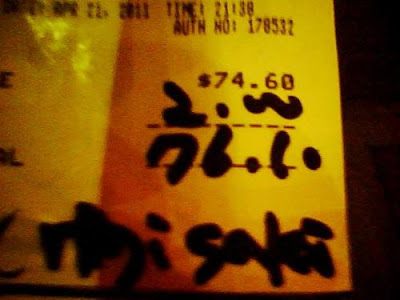 Shame, I guess this douchebag could only afford a 2 buck tip on a 74 buck bill, cos he needs all his money to go buy a new pen. (And maybe some generosity?) 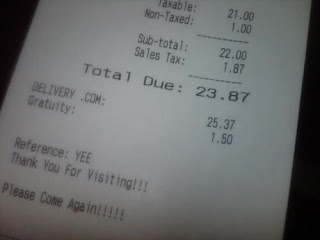 Tipping, it’s such a strange thing. You tip a car guard, but not a paid security guard. You tip a waiter in a sushi restaurant, but not the sushi maker?

And then of course there’s the whole tip based on performance thing, which adds a whole new level of confusion.

And the hairdresser? Don’t even get me started. Who do you tip? There’s the hair washer, the hair dryer, the tea maker, the ghd-er? And what about the actual hair dresser? Who gets the tip? Just one of them? Or all of them? And if that’s the case do you divide your original tip into four, or do you have to up your tippage? It’s all very complicated.

In my mind, the only good tip is that you should look both ways before you cross the street, floss regularly, drink whisky, and figure the rest out as you go along.

Previous post
What do you call your vagina?
Next post
You've got to love some of these letters

Leave a Reply to any Cancel reply