oh boy this website is funny. a lot of people just have way too much time on their hands.

basically you visit goth or not, post your picture and then random folks get to vote on how much of a goth you are.

if you like that kind of thing.
here are a few of them for your viewing pleasure: 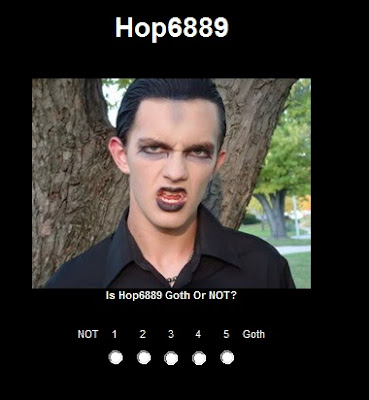 i don’t know. maybe less goth and more vampire, right? surely those are two different races. i wonder if goth’s and vampires get on? i mean they both worship the dark side, so at least they’d see eye to fang on that. 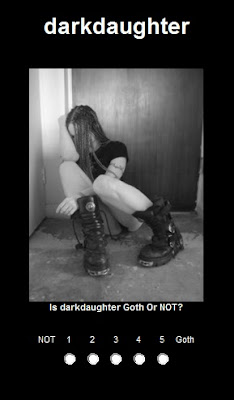 yes, quite goth i think. somewhere around a four maybe. shame, her poor parents. you just know they’re going through hell right now. one day they had a cute pretty little daughter, next thing, poof, she’s dark daughter. 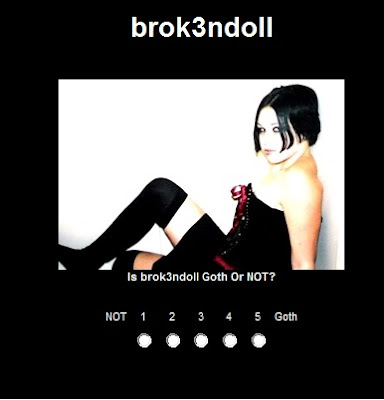 i don’t know, seems a little put on to me. sorry brokendoll, i’m not buying it. a two for you. 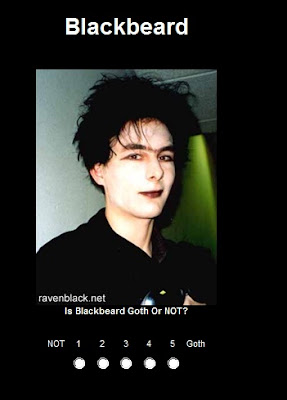 oooh blackbeard, you almost had me until i noticed you were smiling. surely smiling’s against the rules if you’re a real goth? doesn’t it go against everything you believe in? 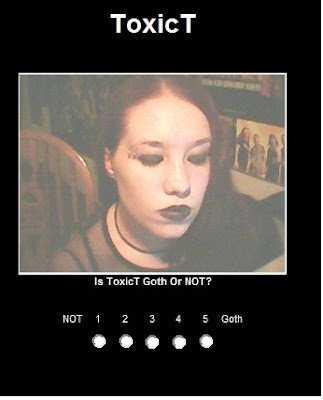 okay, now we’re talking. nice one toxict, you’re definitely on the goth scale, unlike some of these posers. you actually look really unhappy for real, good for you, well done! 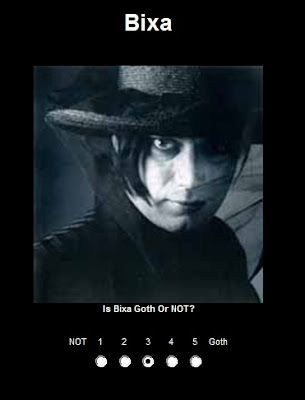 i don’t know bixa, one gay black hat does not a goth make. a bit more kohl around the eyes maybe? 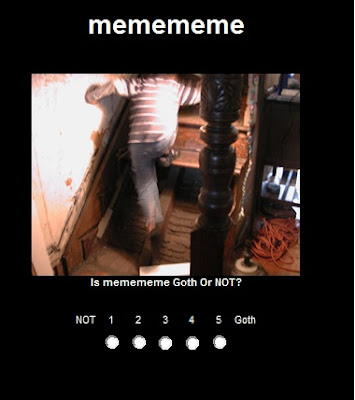 no, memememe is not a goth, memememe is a child running up a flight of stairs. wonder how that got in there? and people are actually voting on it! you goths are weird man. 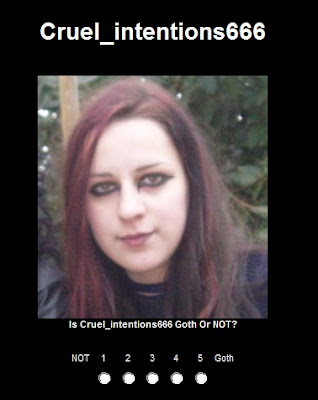 i’m thinking more emo than goth. i wouldn’t say she was too high on the goth scale, maybe a three, but then i saw she put 666 in her title and that sold me, pushed her up to a four. bet her mom’s spent the whole of last week looking everywhere for her eyeliner pencil. 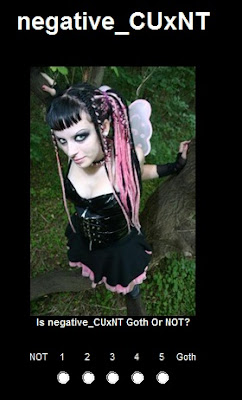 i don’t know, can angel wings ever really be goth? i mean i’m not a goth myself (although i have been known to wear a fair amount of black on occassion) but something tells me she’s not. 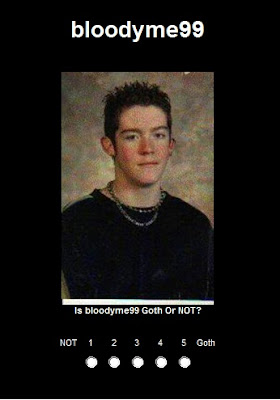 no no no bloody me, you didn’t fucking read the brief properly! did you? 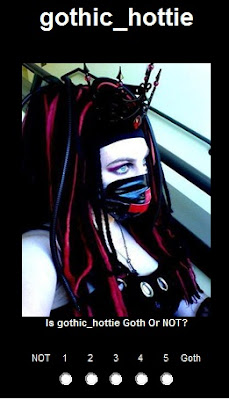 that’s more like it, yay, she seems way more dark and twisty. 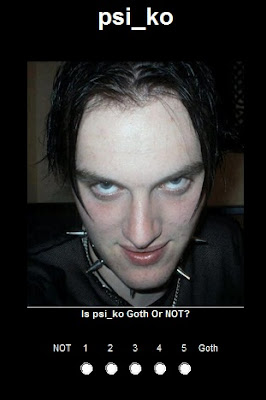 why is it goths can’t spell? dude, it’s psycho, not psi-ko! chop. 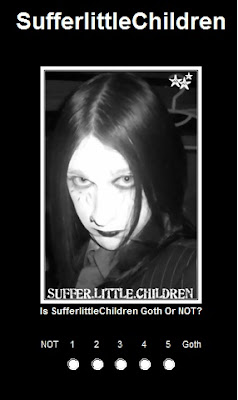 ‘honey, the new baby sitter is here.’
oh yes, ‘sufferlittleChildren’. you win.
you’d think in a ‘goth or not’ competition the highest score you would be able to give would be a 666, not a five!
although i hate to be pedantic but truth is none of them are actually real goths. i looked it up in my dictionary.
Goth – Noun:
1. one of a Teutonic people who in the 3rd to 5th centuries invaded and settled in parts of the Roman Empire.
2. a person of no refinement; barbarian.
ha
ha jokes on you goths, now, go pierce your lips together.

7 thoughts on “goth or not”