Here’s yesterday’s Sunday Times Column. I will hopefully be going to the Sunday Times offices sometime this week to select my gifted husband: 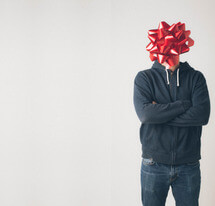 WHEN WILL SOMEONE GIFT ME A HUSBAND? – By Paige Nick

There are some news stories you wouldn’t find in any newspaper anywhere else in the world, because this could only happen in South Africa. Like the article I spotted the other week, hidden somewhere on the fourth or fifth page, detailing how the Chief Operating Officer of the SABC was given a gift of a wife, a cow and a calf, by a group of traditional Venda Chiefs.

Ten women were lined up in Limpopo then paraded around, so that SABC COO, Hlaudi Motsoeneng, could play that age-old game; Pick-A-Wife. The reports don’t say whether he was also offered a selection of cows and calves to choose from, or whether his selection process for the cattle differed from that of the life partner. I like to hope he wasn’t looking for the same qualities in both; a docile nature, good teats, more than one stomach, and a love of grass.

Ultimately he selected a 23-year-old human resources management student to take away as his wife. I wonder if she comes beautifully gift wrapped, like when you choose one of those decorative Carol Boyes spoons to give to someone as a birthday present? And did the tribal chiefs pass around a card to sign beforehand? Dear COO, as thanks for being so committed to your job and for understanding the strategic objectives of the SABC (this was apparently their reasoning for the gift, word for word), we hope you’ll enjoy this gift of a wife, a cow and a calf. PS: Don’t forget to do our bidding when we need it. All our love, Tribal Chief one, Tribal Chief two, Tribal Chief three and Tribal Chief four, who also added an ‘XOXO’ because they go way back. I feel sorry for the gifted wife, all the human resources in the world can’t help her now.

So wait, is that how it works? I do wish I’d known, getting a husband this way would have saved me a ton of terrible dating experiences.

Dear Sunday Times, I believe over the last four years I’ve shown that I’m ‘committed to my job and understand your strategic objectives’, so as is tradition, please line up a row of men for me to select one as a husband. Would you mind if we swapped the cow and calf for a bottle of good scotch and book vouchers to the same value? It’s just I don’t think the area I live in is zoned for livestock, and my neighbours might complain. Yours sincerely, etc.

I joke at Mr Motsoeneng’s expense, but I actually think he’s onto something. The rest of us spend years picking our life partners the old-fashioned way, and it’s such a ball-ache, and expense, what with all that dating and breaking up and ice-cream binge eating, and having to make a good impression with the parents.

The COO is no stranger to a good deal, in February our wonderful Public Protector (do we only get one? I feel we might need several), Thuli Madonsela, released a report that showed Motsoeneng’s salary increased from R1.5 million to R2.4m in one year, despite the discovery that he’d misrepresented his qualifications to the SABC, stating that he passed matric, when he hadn’t. Kudos to the SABC for checking references before hiring a Chief Operating Officer, exemplary work as usual.

I suppose we should give the guy a break though, he’s going to need all the cash he can get, he’s got an upcoming wedding to pay for and he’s going to have to feed that wife, cow and calf for a long time to come. Personally I prefer a bribe, I mean gift, that doesn’t require any upkeep, and won’t poop on my lawn, but to each his own.

Let’s suspend our disbelief for a second and imagine we lived in America. It’s easy, just picture yourself ten kilos heavier and ten decibels more obnoxious. Now imagine community leaders in South Dakota gave the president of Warner Brothers, HBO or The Comedy Channel (for argument’s sake), a parade of topless women and told him to pick one for a wife. There’s a good chance it would make front-page news and instigate an inquiry. If for no other reason than it’s America, and if he gets one, then Oprah will have to put a wife under everyone’s chairs. 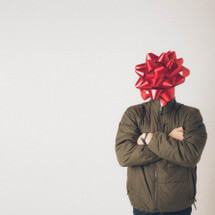