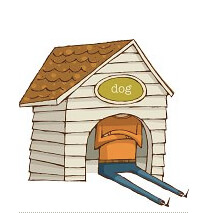 This letter is the best.

Relationships are hilarious. Especially in South Africa, where our differences couldn’t be more vast.

This letter was in response to a column on jokes and humour.

Poor old Dog Box, but I think he won in the end.

As I am reading your column on this Heritage Day, I am not on speaking terms with my partner. She went last week back home to Durban to attend her daughter’s coming of age ritual, one of those costly cultural things I don’t understand. She called me on Thursday to share bad news with me, the goat that was bought the previous day as a sacrifice was found dead a few hours after arriving. Oblivious to the fact that it could be interpreted as bad omen, I laughed. She wasn’t impressed, I had to apologise profusely.

She called me the following day to inform me that the sacrificial cow that arrived on Thursday for Friday slaughter went berserk and attacked a couple people, some seriously injured. Again I laughed and quickly had to remember to apologise and offer consolation.

She could say that the biggest joke was when she forgot my birthday on Sunday, it wasn’t very funny anymore!

The whole weekend episode is now out of my system, I am going to call her now. You see laughter (joke) is indeed the best medicine, which makes reading your column and Ndumiso’s my weekly doctors’ consultation. 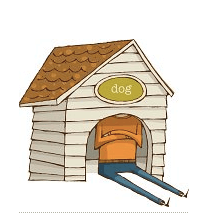 Pens Behaving Badly is a compilation of crazy Sunday Times columns and the letters that they inspired and it’s available on Kindle and Kobo, with paperback to follow towards the end of the year.