devil's dictionary – 'L' is for lust

do you remember this guy? it’s been quite a while since we last chatted to him. 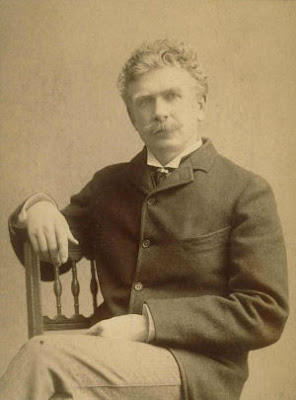 well just in case you’ve been off smoking tik out of a lightbulb and then shoplifting at access park for the last couple of months, allow me to introduce you.

Back some time around 1842 in Ohio this guy started writing his ‘devil’s dictionary’. it’s genius and he’s way sexier than he looks in that picture, trust me.

so we’ve been trawling through his devil’s dictionary letter by letter and we’ve just reached the ‘L’s’.

so let’s see what mr bierce has to say, everything in purple is transcribed directly from his dictionary by the way. amazing to think he wrote this over 200 years ago. just goes to show, they were a pretty evil minded bunch back then too, see it’s not just us.

Lap, n. One of the most important organs of the female system. Chiefly useful in rural festivities to support plates of cold chicken and heads of adult males.

Laughter, n. An interior convulsion, producing a distortion of the features and accompanied by inarticulate noises.

Lawyer, n. One skilled in circumvention of the law.

Laziness, n. Unwarranted repose of manner in a person of low degree.

Lecturer, n. One with his hand in your pocket, his tongue in your ear and his faith in your patience.

Liar, n. A lawyer with a roving commission.

Life, n. A spiritual pickle preserving the body from decay.

Longevity, n. Uncommon extension of the fear of death.

Love, n. A temporary insanity curable by marriage or by removal of the patient from the influences under which he incurred the disorder.

see you again soon for the ‘Mmmm’s’.