Morning all, here’s to a splendid monday all round.

Here’s yesterday’s Sunday Times column. It’s about the life and death of celebrities.

Remember that time Richard Gere got caught with a hamster up his heinie? Or was it a gerbil? I forget.

The tabloid story goes something like this, in the nineties; Richard Gere was admitted to an emergency room in LA with a foreign object lodged in his rectum. According to ‘reports’ he was either alone, or with his girlfriend at the time, Cindy Crawford. The hamster or gerbil (depends whether you heard that story in the 90s or two thousands) was removed, and was rumoured to be his pet, named ‘Tibet’. The medical team was sworn to secrecy, or some bizarre form of secrecy, where the definition of secrecy is telling as many people as possible. And Gere later went on his way, with nothing more than a bruised reputation.

Now of course, as the sane, rational, reasonable human beings we are, give or take a couple of you (you know who you are), we all know that this story can’t possibly be true. It just isn’t realistic, that and there hasn’t been as much as a complaint lodged by PETA or the RSPCA, or a single shred of physical evidence in the twenty or so years that this story has been circulating. But still, somehow it has stuck, and there’s always been that nudging little voice in our collective heads that wonders if maybe it isn’t true.

After all, it’s so oddly specific, and surely where there’s smoke there’s fire? And also, why would anyone in their right mind start such a heinous rumour? Well let’s see, he was shagging Julia Roberts on screen and Cindy Crawford off screen at the time. He also had buckets of cash, and a full head of his own hair. What’s not to hate?

Gere has made very little comment on the alleged incident, but in 2006 he played the lead role in a movie called The Hoax, where a man makes up a bogus biography of Howard Hughes, which gets out of control. You have to wonder if he was making a statement, or if he just did it so that when people search ‘Richard Gere’ and ‘Hoax’ on the Internet, the whole gerbil debacle isn’t the first thing that pops up. If that was his plan it worked. I got sucked into internet posts on the movie and almost got derailed from the whole rodent thing, almost.

Celebrity hoaxes on the net are nothing new, Kevin Bacon has died ten times, Paul Mccartney is not all that far behind. And Miley Cirus and Justin Bieber both die regularly. In fact to date, Miley has already died of a hit and run, a suicide, an overdose, a truck driver running a stop sign and smashing into her car, and a wrecking ball to the face.

While Eddie Murphy trended on Twitter when he died in a snowboarding accident in Zermatt, Switzerland a week ago. Which is freaky, since he reportedly died the exact same way back in December 2010, and in 2012 on the 30th May, 11th July, 24 July, 28 August and 4th November. As someone commented online, you’d think with all the times Eddie Murphy has died skiing in Zermatt, he’d stop going there.

After Bon Jovi died of cardiac arrest in 2011, he posted a picture online of himself holding a sign that read ‘Heaven looks a lot like New Jersey, with the date and time scrawled on it, to prove that he and his famous hair were very much still Livin’ on a Prayer.

Dead celebs are such a staple in the fake news cycle, that E, the big entertainment network in The States has a section on their website called ‘Alive & Kicking’, where they publish current photos of celebrities who have reportedly died. Like Bill Cosby, Jackie Chan, Taylor Lautner, Harrison Ford, and George Clooney, who are either still very much alive and kicking, or make great ghosts.

What’s weird is how many of them have fallen to their death from a cliff in either Australia or New Zealand, that really seems to be the celebrity death match of the day. Or perhaps the source of these pranks just isn’t particularly original. With Tom Hanks, Jeff Goldblum and Tom Cruise all going the same way. I wonder if they were pushed?

Perhaps it’s a rite of passage, and if you’re an actor in Hollywood, you know you’ve really made it when you’ve finally been virtually killed.

Then there are the unintentional celebrity death hoaxes. Like the time everyone on the internet got the actor best known as Uncle Phil on The Fresh Prince of Bel-Air (remember when Will Smith went to go live with his aunty and uncle in Bel Air?) mixed up with Scottish soccer star Phil ‘Uncle Phil’ O’Donnell, who actually really did pass away in 2007. Awkward.

These grim reapers have made the internet even harder to trust than it already is. Most of the time now, when you hear that someone important has done the shuffle, you wait till you either hear it on the news, or the celeb tweets it himself, before you believe it. 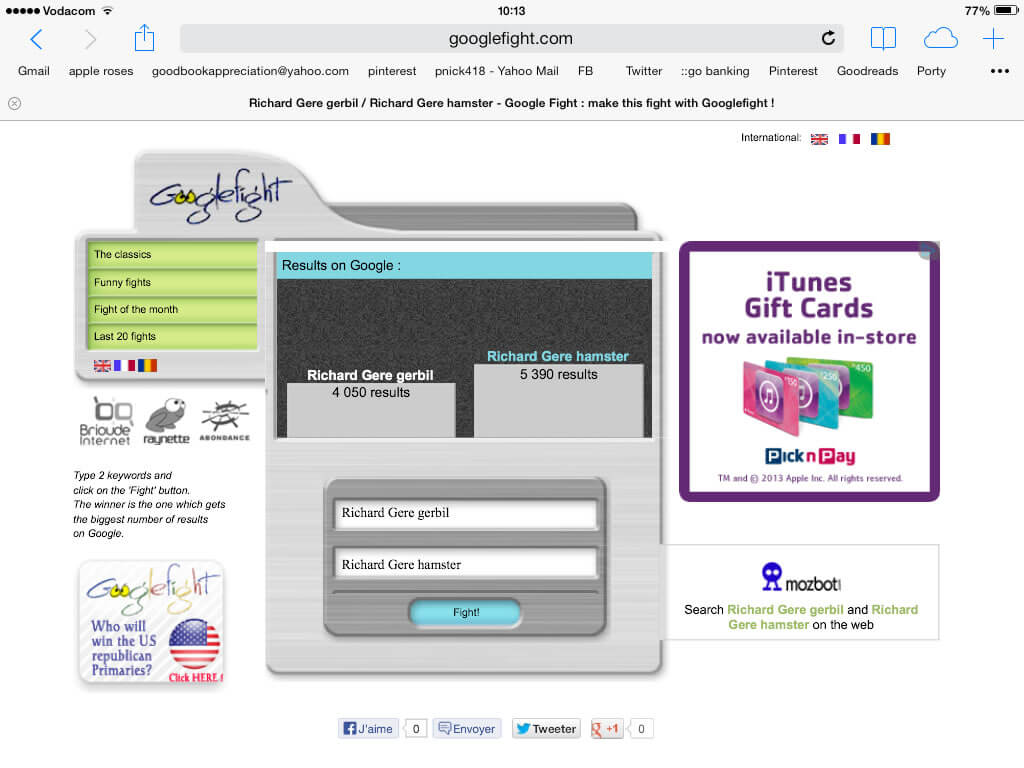