Okay, so I hardly ever, never ever, rarely ever do this. But I’m making an exception because of it’s pure ‘fuck me but that’s cute factor’. Bailey, the keen teen from here sent me the following pics, in amongst some other hug chain-email crap (which I’ve decided to forgive her for, just this once!)
In May I wrote a post on ‘Cats that sit like humans’.
Cats are a truly interesting species, and I’ve long been under the impression that they’re:
a) more human than we think
b) trying to take over the world
and
c) have a terrifyingly large evil streak
But all that aside, it doesn’t stop them being hilarious. Not in a dumb puppy kind of way, but in a far more thoughtful, calculated way.
Check these out, oh and thanks Bailey. 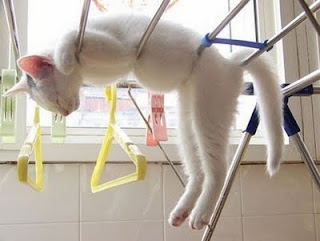 Cats are like ninjas. They can sleep anywhere, anyhow, anyway. 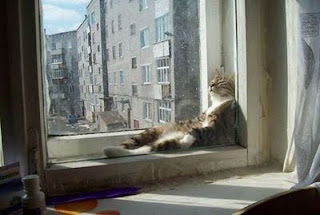 Especially if there’s a patch of sun involved. 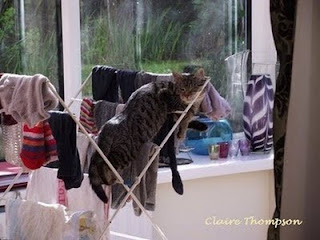 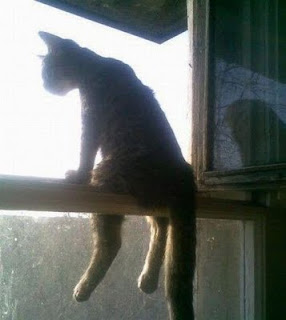 Don’t jump kitty, don’t do it. 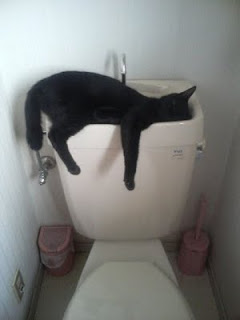 Worshipping the porcelein G-d. He clearly drank too much milk last night. 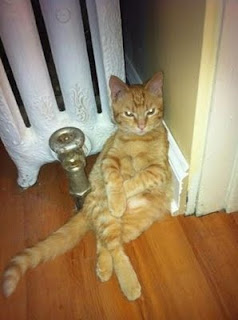 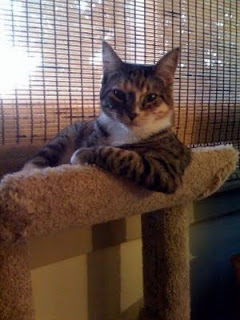 all that’s missing is the cigar! 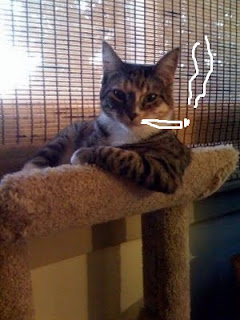 And the low-riding Mustang Convertible. 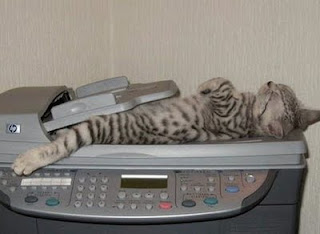 So cute we do actually need to stat him, and make two! 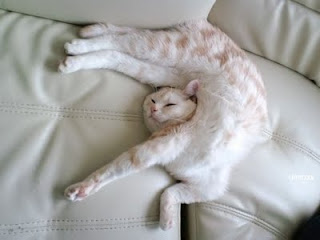 Shoo, I struggled to do the geography here. Which end is up? 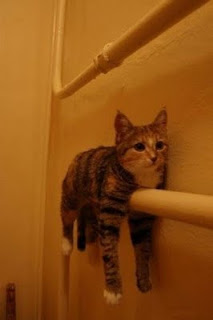 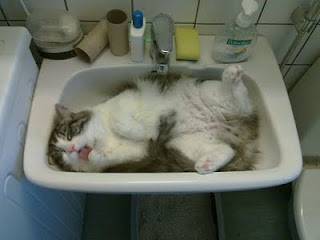 Okay I’ll stop now, this is getting ridiculous. 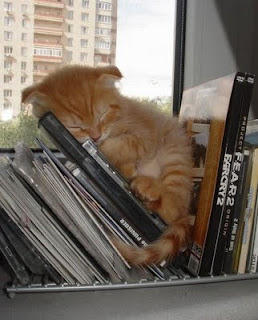 One response to “Cats – evil incarnate?”