Alwill found this. Because he is a legend and I love him.

Well, the internet has never been known to just let something lie, so now there is also this gem of a website called ‘Awkward Family Pet Photos’. 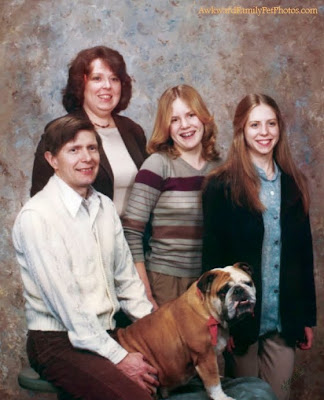 And the girls looked on innocently while dad molested the dog! No wonder Bulldogs always look so pissed off. 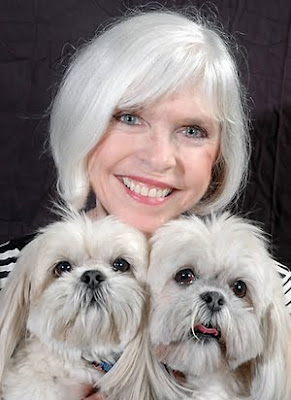 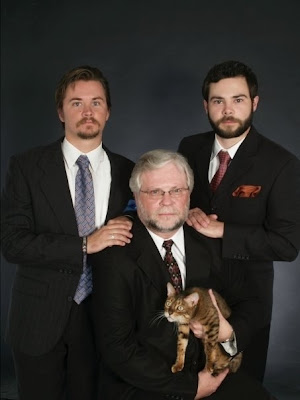 You can almost read the cat’s mind. He’s thinking: ‘Well at least they didn’t make me wear a fucking suit too!’

Do you think mom’s taking the photo? And do you think she’s wearing a really bright, casual floral frock, and bare feet?

When she said ‘Everybody say cheese…’ they all misheard her and thought she said: ‘Everybody act like your best friend just died…’ 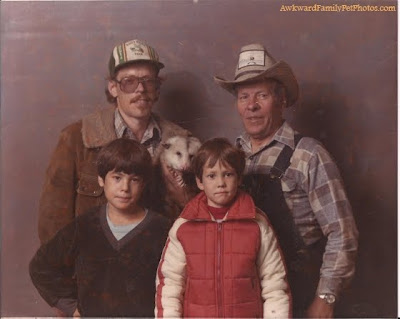 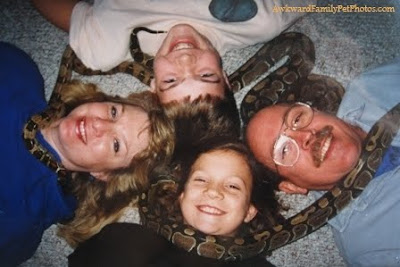 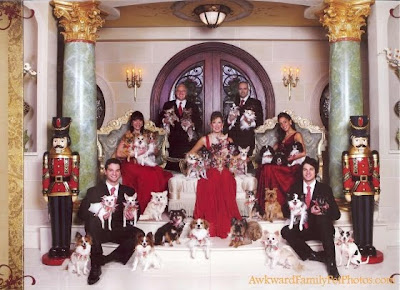 Proof, just cos you and your family has an awful lot of money, doesn’t mean you get to be sane or normal. 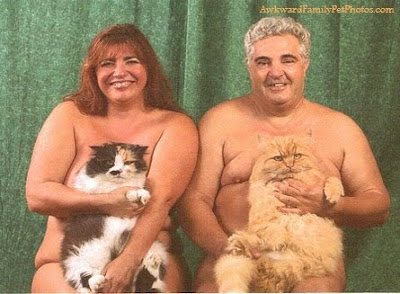 Seriously unacceptable behaviour. That lady needs to put her pussy away, and find a t-shirt. And who knew that man was actually a ginger? The carpets certainly don’t match the drapes. (If you know what I mean.) 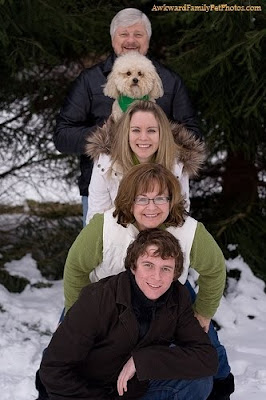 Ah the old family pyramid pose. Cute man. Do you think they know that the dog in the green bandana is actually a dog, and not their third child? You’d think it would be obvious, but you know, many families can get confused. 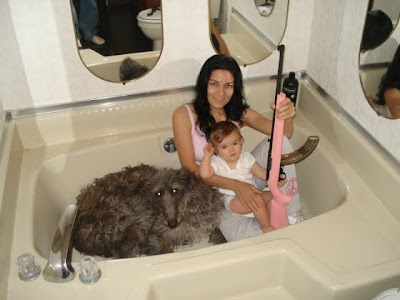 Yes, we always take our family pictures in the bath with our pink rifle and strange wolfdogthingy. Nothing strange to see here, move along. 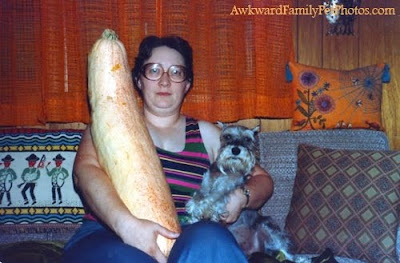 That’s Joan’s pet butternut squash on the left, and her sister Louise on the right.

Look at that dog’s face. Dog’s are the most loyal creatures on the planet and even that dog thinks it’s owner is fucking mad! 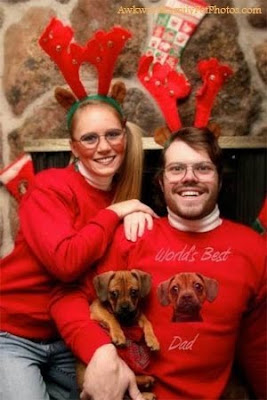 Dude, dude, dude. Where to even begin?

Sir, when your wife makes you wear a matching red sweater that say’s ‘world’s best dad’ with a picture of your sausage dog on it and pose for a photograph in red reindeer horns, it’s time to take your testicles back. I’m just sayin’. 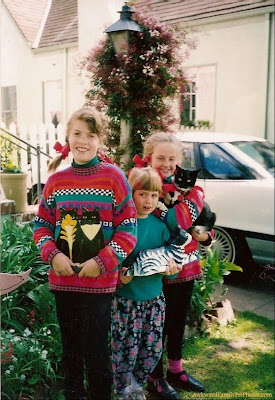 Little Louise and Becky–anne were never allowed to hold the real cat. Only the prettiest, most favourite middle sister, Lilly, was ever allowed to do that. 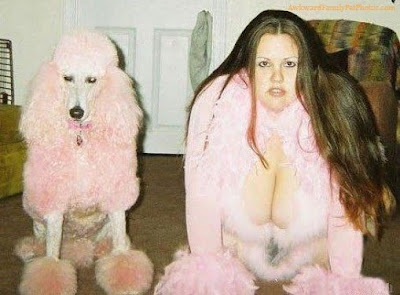 Dear Diary,
I wonder why I can never get a date.
Love Linda.
PS: I love my Poodle, Pinky so much. 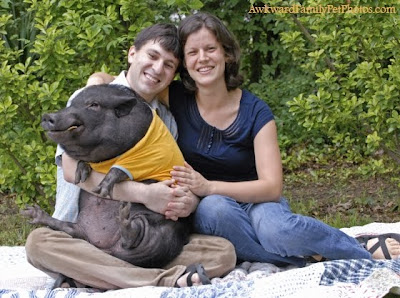 What? We always dress our pot-bellied pig, Oscar, in a little yellow t-shirt and then go to the park for a picnic and take posed photographs. What are you all staring at? 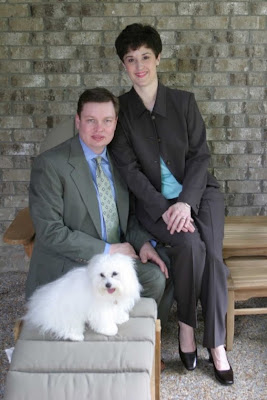 George came out of the closet three seconds after this picture was taken. His wife Cecile, didn’t mind too much. At least with him out of the closet she was able to take over more than half of his man suits. The dog didn’t care too much either way, he just didn’t want to be blow dried anymore. 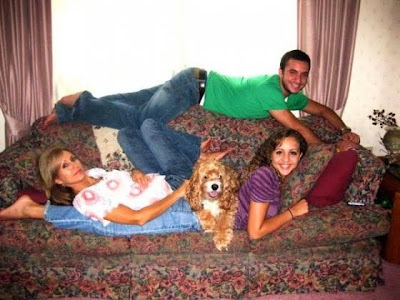 Why is the brother doing that? Is he humping the couch? I dunno, that’s kind of how it looks to me. 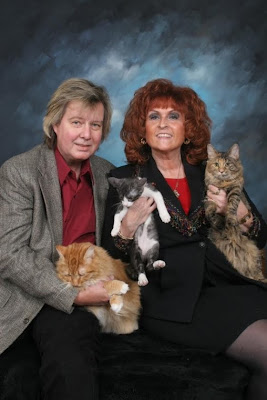 Oh boy. Do you notice how there’s always someone in the family pic who just looks utterly defeated and mortified? Often it’s one of the pets, but here it’s that ‘man’. I use inverted comma’s only because I’m not entirely sure that he’s actually a man.