A BONK ON THE HEAD

How many languages can you speak? What about after a solid smack on the head, then how many languages can you speak? The other day I came across an article about an Australian woman who got hit by a bus and got a nasty bonk on the head, then woke up the next day with a French accent. No fair, the closest I’ve ever come to something like that was the time I got a bonk and woke up next to a guy who had a French accent. Somehow I don’t think it’s quite the same thing.

You hear about this kind of thing every now and then – people who experience some kind of head trauma and it affects their brain function to such an extent that they have a sudden skill they never had before.

Like Englishman, Alun Morgan, who had a massive stroke in 2012. When he came to he reaised that not only was his name spelt a funny way, but he also suddenly spoke fluent Welsh, depsite never having learnt the language. And Sarah Colwill, from Plymouth, who was rushed to hospital with a severe migraine, which left her with a strong chinese accent. She’s never been to china, and experts confirm that you’d have to spend a considerable amount of time there to get such a thick accent. I watched a video of her ordering take-out from a Chinese Restaurant on YouTube. Which while very funny, did seem a little cruel. Why not just film her getting Pizza?

It’s is called Foreign Accent Syndrome and it’s pretty rare. There have only ever been about a hundred and fifty cases reported. Specialists say it isn’t actually an accent, rather the patient’s brain is affected in such a way that their speech just happens to match the features of a known accent.

The sudden ability to speak another language is slightly different. Much like the guy who woke up speaking Welsh, there was also a report of a Croatian man who could speak fluent German after coming out of a coma. And in 2007 a boy named Rajesh, in a remote town in India, suddenly started speaking english fluently, eventhouh he’d never left his village. Locals thought he was the reincarnation of an american scientist, and doctors thought he had what they call Transient Global Amnesia. But I just think he watched too much telly.

Meanwhile, in a public phone booth across town, an american orthopedic surgeon got struck by lightning while calling his mum. When he came around he didn’t feel so hot for a couple of weeks, which is no surprise, considering the zillions of electricities that went through his face. But when those symptoms went away, they were replaced with a sudden urge and ability to play the piano like a pro.

He claims he sees the music notes in his head, and then translates them onto the keys, despite never having set hands on a piano before and not being able to read music. Until now, he’s never played anything other than the fool in his whole life, now he can play classical, pop or jazz. In response, a guy from San Fransisco claims he also hit his head quite hard, and suddenly found he could play the saxophone.  Except it took several years, and a lot of practice.

Like Mr San Fran, many people are of course sceptical and find all of this very hard to believe, calling these guys out as con artists or attention seekers. Some say he may have learnt to play the piano as a very young kid, and the high voltage just jolted his memory.

But I’m not such a sceptic and can actually believe this kind of thing happens for real. The brain is such an astonishing muscle, one we seem to know very little about. Also, I once had a boyfriend who, after a particularly big night out, was able to speak Swahili fluently. So I’ve seen it with my own eyes.

If you could go to bed and wake up with something (I said something, not someone!), what skill or language would you want to have? I recently interviewed a couple of strippers at a local gentlemen’s club, and discovered that those who really know how to shake their money-makers, are making in excess of ten grand a night, tax free. So it’s a toss up, I wouldn’t mind waking up being able to do that, or maybe I’d want to wake up with mad tax accounting skills. That way February wouldn’t always be so stressful. And is being better at dating a skill? Cos I wouldn’t mind waking up one day suddenly fluent in flirt, or equipped not to make a tosser out of myself in four seconds flat on a first date. Even better, I’d really love to wake up thin, is that a skill or an accent? I’d be willing to take a hard bonk on the head for that. Or do I have a better chance of waking up tomorrow morning with the ability to speak Flemish? 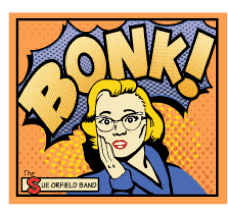